2022 was a horrible year to the world, even worse then the previous two. But on a personal level; in the name of making art, music, joy, love and freedom, it was terrific in many ways. The 20th anniversary, for celebrating my two decades as a solo act, at Hembygdsgården in Jättendal, was un unforgettable evening to be Mårten Lärka. With a great little help from my friends we suddenly hit the road again.
Several recordings finally saw their releases during the year. Not to forget mentioning the music video “Robot 22”, after five years in the vault.
I started mixing in a completely new music studio as well. I also commenced a collaboration with another music label, for the first time.
I aim to make 2023 the best I can for being something similar. It is no secret that the tape recorder is repaired and we are currently working again, with the recordings that stopped in April 2021.

All the best to all of you and a very Happy New Year! 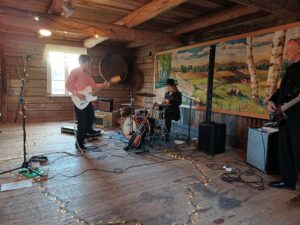 It’s this time of a year again. Trasiga pepparkakshjärtan has been added on several alternative Christmas song lists. In 2016 we arranged a Christmas calendar celebrating ten years since the track was released. One act per date did their own version of the song, from the 1st to the 24th of December, to be posted on Mårten Lärkas social media channels.

Now we are planning to do that again for next season. So feel free to give us your contribution in time for December the 1st 2023.

From all of use to all of you a Happy New Year and best wishes!
/Team Lärka

‘Sweden Special’ with the award winning Lopsided World of L featuring music from Henrikes, Mårten Lärka, ABBA, Paperwing and Sunstroke Rain. For more information on stations and times, check out below or
visit
www .jlradio.com

Today Martin Hellquist came by to drum on some brand new recordings. We can’t wait to share this to the world! 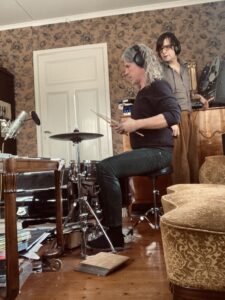 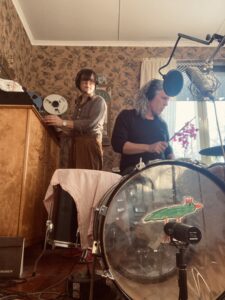 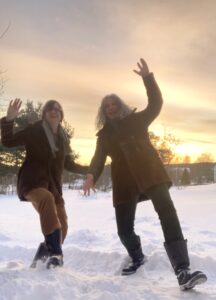 On November 30th. Robot 22 was released as a single, by Swedish music label COMEDIA.

The music video for Robot 22 was released today. Made by Mikael Svensson, Extended Media Sweden. 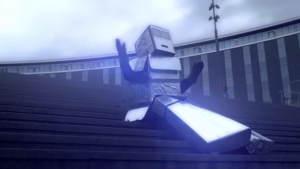 Thanks to the UK blog Nordic Music Central for having the world premiere of the “Robot 22” music video. Enjoy it here!